A unique opportunity for a close-up view of the famous 1857 imperial lighthouse tower at Cove Island, just one of 6 such towers on the Great Lakes.  See also the picturesque Big Tub Lighthouse and the Lightkeepers station at Flowerpot Island, as well as the impressive seastacks, known locally as Flowerpots. 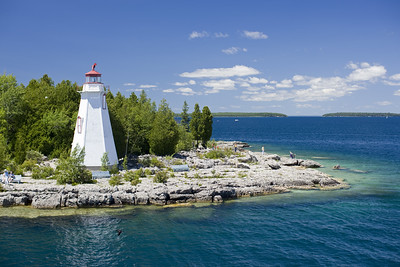 Big Tub Lighthouse is an active lighthouse located near Tobermory in Bruce Peninsula, Ontario, Canada. The lighthouse was originally lit in 1885 and is still used up to this day.

These are located off the North East Point of Cove Island.

This lovely channel has crystal clear water, and is 18 feet deep at it's deepest.  The fauna on the islands here are typical of the region. 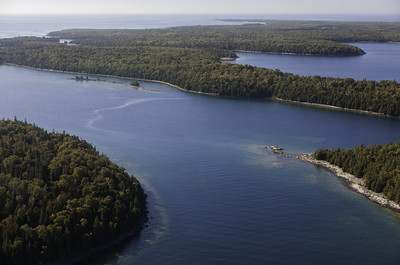 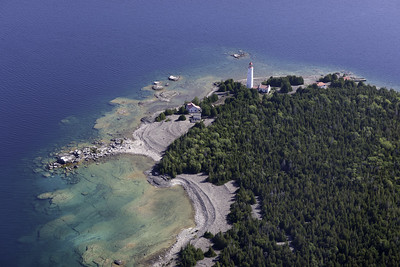 The lighthouse on Cove Island, situated at Gig Point on the northwest tip of the island, marks the strait between Lake Huron and Georgian Bay and has the distinction of being the first lighthouse to be lit on Georgian Bay and the last to have its keeper removed.

Flowerpot Island is part of Fathom Five National Marine Park and is famous for the two rock pillars or sea stacks called the "Flowerpots" on its eastern shoreline. The Flowerpots are a type of sea stack, formed over many years as wind, rain, waves, and ice hammered away at the cliff that once stood alongside the water’s edge. The softer rock eroded more quickly, leaving the harder rock remaining in the shape of flowerpots with trees growing on top. 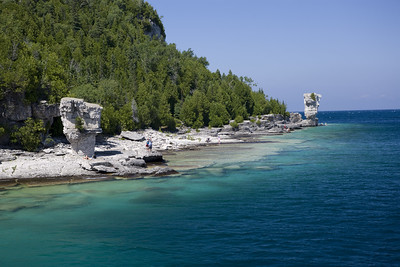